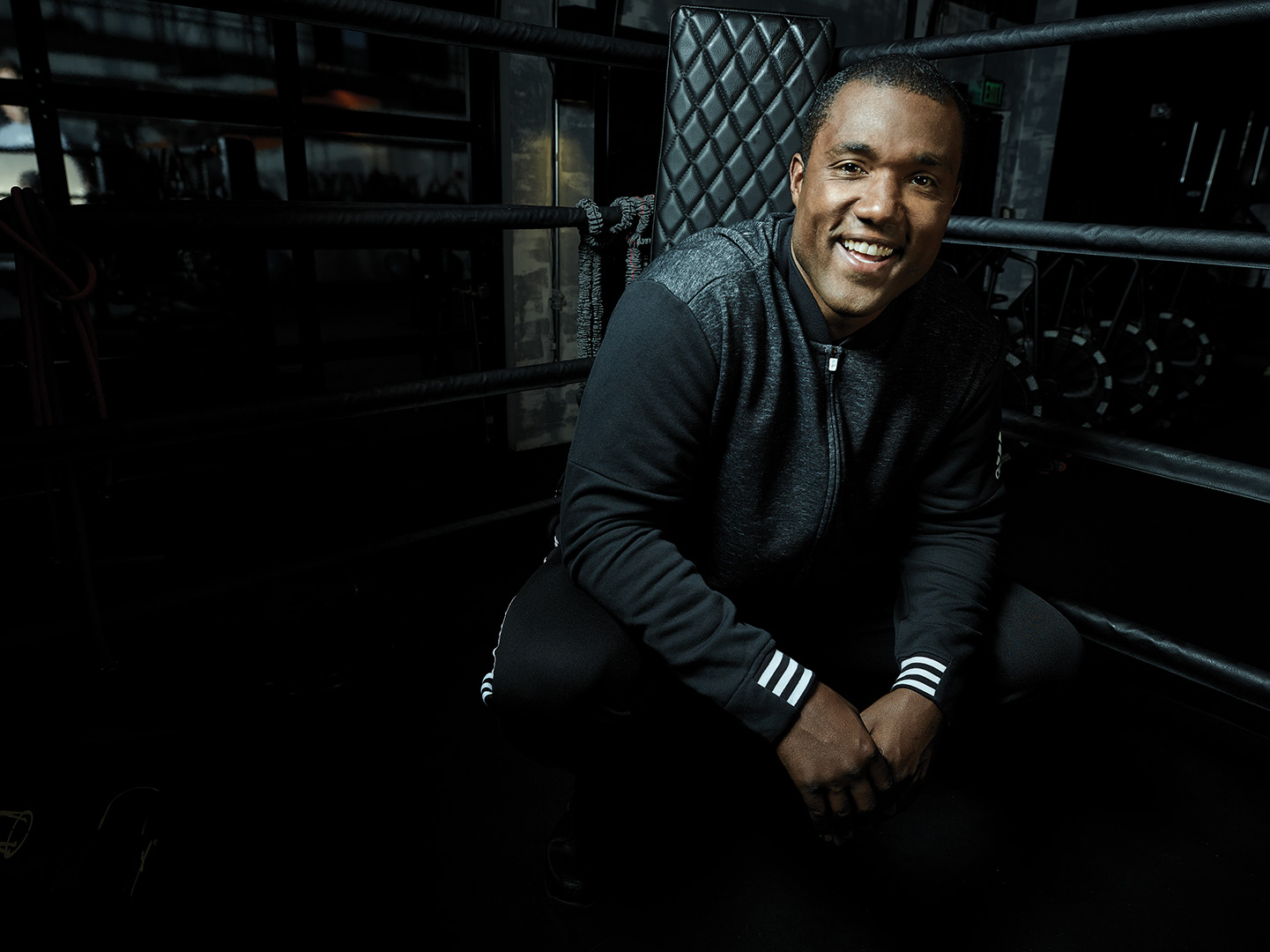 Inside an EverybodyFights boxing gym, two words hover over the luxury fitness facility that serve as a motto for its members as much as it does for founder George Foreman III: No excuses. It may be easy to look at the growing company and point to genetics as an obvious reason for his success. Foreman is the son of famed entrepreneur and heavyweight boxing champion George Foreman Sr. But almost four years ago, Foreman was sleeping on a couch—and even a yoga mat inside the gym—while working to sell memberships just weeks before EBF’s doors first opened in Fort Point.

“If you’re starting a business, just be prepared to have undaunted stamina,” he says. Foreman moved to Boston in 2012 believing it would only take a few months to find a space and open what was then going to be a bare-bones boxing gym. He laughs about it now: “When you grow, you make a lot of mistakes. But with passionate customers and a passionate staff, you’re forgiven and you get a second chance.” Today, EBF is located in Boston, New York, Chicago and Lexington, Kentucky, with expansion plans in Philadelphia, Washington D.C., Louisville and Nashville. “If we can get to 20 gyms by 2020, we’ll figure it out from there,” Foreman says. Foreman’s currently incubating an idea to expand to local communities too, aiming to specifically bring together police and youth. “There’s a multitude of fixes for this kind of thing,” he says. But boxing can be a part of it. Put simply, “Boxing needs to be accessible to more people.”Part of Foreman’s business acumen is investing most of his time in the EBF staff. “Develop a great individual, an outstanding individual, and when you put any task in front of them they’re going to do it. They’re going to own it.” It’s this aspect of running the company—developing his team to be stronger and more capable individuals—that Foreman is most passionate about, believing trainers can then, in turn, develop EBF’s clients. Boxing and the training camp experience, as Foreman discovered himself, becomes the conduit to help people become their best selves.

“We have this boxing program, it’s called ‘box in a box.’ This is for big-box gym owners, and we put the ‘box’ inside their gym, certify their trainers, give them our workouts and it looks just like an EverybodyFights facility when you walk in that room. And it just hasn’t taken off. While that’s been going on, the rest of our company is very successful. It would never be a big moneymaker for us but it’s one of those things where that’s been our biggest failure. … Sometimes you have to know when something is not a fit for the market and maybe not even a fit for you. I’ve learned that I’ve got to have the stamina to wake up everyday and say I’m committed to my product but I’m not committed to any one way on how to deliver it.”