It was pretty much anything goes with respect to the dress code—from wimples and hijabs to codpieces and culottes—when the Museum of Fine Arts opened its exhibition Gender Bending Fashion. 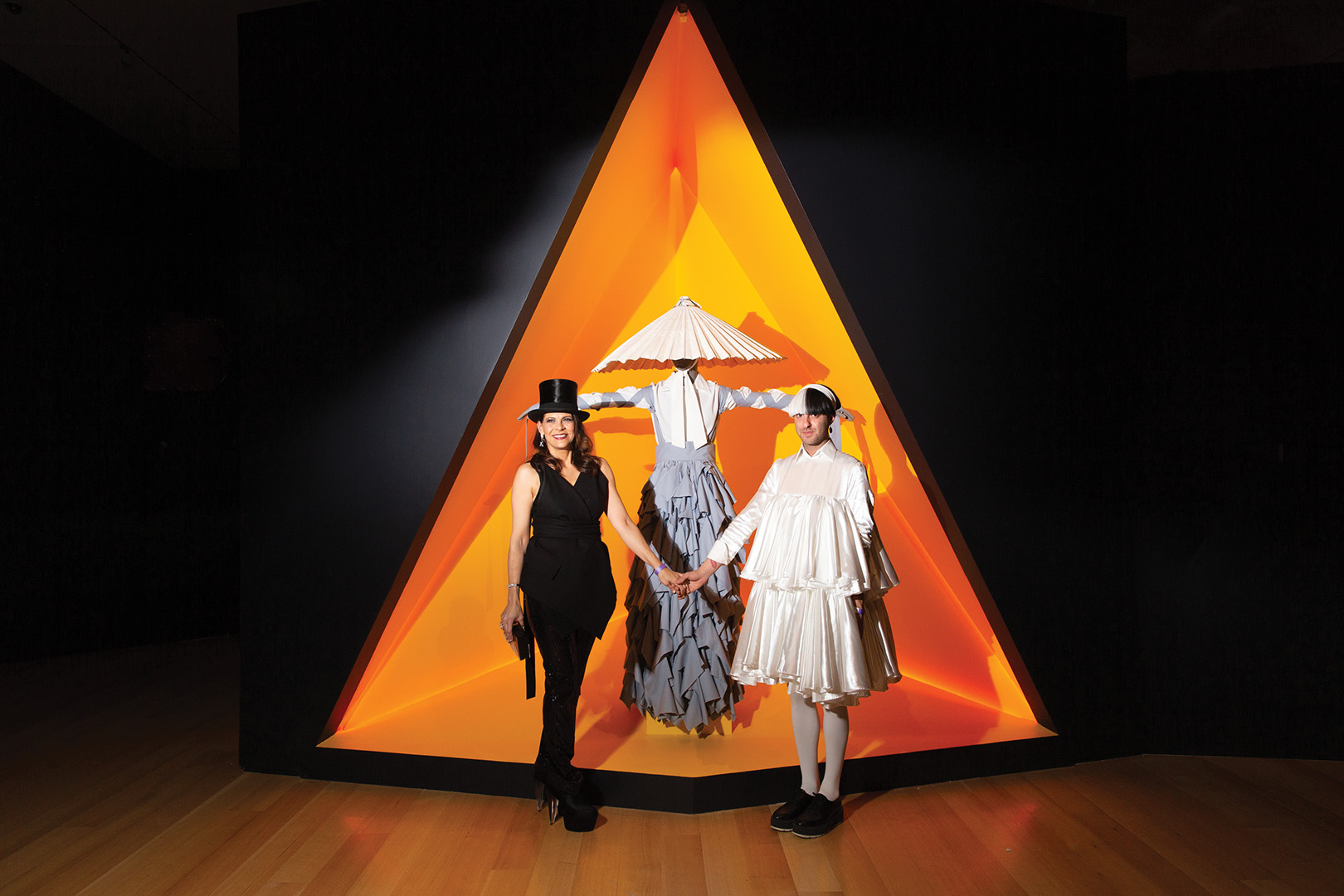 After touring the exhibit, guests mingled with the local designers whose work is in the show, among them: shoe designer Thom Solo (with his snacky other half, Tyler Murphy), the adorable Alessandro Trincone, the swoon-worthy Walé Oyéjidé and the smolderingly handsome Rad Hourani.

The party then morphed into one of the MFA’s Late Nites, the whole museum transforming into a Fellini film, with outrageous fashions, musical performances and assorted other tomfoolery. In fact, the whole thing was sufficiently glamorous that no less of an eminence than Hamish Bowles (who attended, wearing Gucci) wrote about it for Vogue.

The evening’s funniest remark: “Is goose shit in style? Because I stepped in it twice on my way here.” ◆